It’s Time To Go Through Samaria

Many have lived through different times and worse times in America. I’m only 31, but right now, this is the darkest I’ve personally seen our country.

On Sunday, May 31, I was getting texts from my mom, brother, and sister-in-law as rioters and looters were just minutes from their home and church in Philadelphia. If you don’t know, my brother Joe and his family are church-planters in Philadelphia. They began the Open Door Baptist Church in Northeast Philadelphia almost 2 years ago. It’s right near where I grew up.

I’m personally not a news watcher—I find many other ways to waste time through sports and social media. But, that Sunday night, my wife and I watched the news for maybe five minutes and within my spirit, I was completely vexed. I saw rocks being thrown, cars being overturned, and fires being started.

While I was watching what was unfolding, I talked to my brother Joe over the phone, and in tears Joe said, “Tom, Katie and I and our two little children are here in our home. We were just holding each other and praying. We are just grateful for the opportunity to see the Gospel change lives in this needy and dark city. We are not angry, we are just burdened.”

His burden reminded me of a statement that Lester Roloff before died, “Want to save America? Get America Saved!” A friend of mine told me recently that things are not falling apart. Things are coming together!

Jesus and His disciples teach us how to handle times of civil unrest in John 4 as they make their way to Judaea.

They are departing from Judaea and they need to get to Galilee. John 4:4 says, “And he must needs go through Samaria.”

Judaea was the headquarters of religious establishment, and Galilee—where Jesus was heading—was much more Gentile. If you were to look at a map, the most direct route to travel from Judaea to Galilee was to travel through Samaria. However, there was great tension between the Jews and the Samaritans. They hated each other.

This wasn’t like a sports rivalry between North Carolina and Duke, or Philly and Dallas, or the Yankees and the Red Sox. This was not a rivalry that includes respect. This was hate.

Because of the obvious rift between the Jews and Samaritans, everyone traveling past one of these places would go a longer route—the less direct route. Jews would go all the way through Paria to get to Galilee just to avoid Samaria. Instead of taking a three-day travel straight through Samaria to Galilee, it took most people six to seven days just to avoid Samaria. Why go a longer route? They hated each other. This was 700 years of hate.

Then came Jesus. He took an unconventional path. He wasn’t interested in the common way. His interest was souls, souls, souls. Not hate, hate, hate. Jesus saw the urgency of the hour. There was something, or someone, that drew Jesus to Samaria. Jesus broke down all barriers and traditional ways in order to get to SOMEONE that needed Him.

The person that may have been insignificant and neglected by others was important to Him. Why? Luke 19:10 tells us: “For the Son of man is come to seek and to save that which was lost.”

Jesus went from the religious crowd in the previous chapter (Nicodemus) to someone who couldn’t even explain the gospel. One was a respected ruler, the other, a social outcast. The one was a moral man, the other was an immoral woman. Do you know whom Jesus chose to love? He loved BOTH!

You’ll never give the gospel to the wrong person. Jesus’ mission was central—He came to save sinners. Have we lost the mission of Jesus? Do we see others around us as annoyances or as appointments?

John Phillips commented and made this challenging statement: “We can all probably empathize with the disciples at this point. They were starving. They were hungry. But the Lord was never thoughtless of others. His behavior at this point in the story is all of a piece of his divine purpose to come to this world. He had forgotten His physical thirst for His greater thirst because of the Samaritan woman’s soul.”

The disciples brought back food, but the woman brought back the unsaved. The disciples were like many of us. They had gotten used to the gospel. Wouldn’t you think in this historical moment of Jesus’ coming to Samaria, that Jesus’ closest followers would have brought someone to hear Him? No. All they were worried about was themselves.

Jesus’ mission must be our mission—to win the lost at any cost.

How can we respond to the hatred and diversity of our day the way Jesus responded in John 4?

Can I ask, how do we see people that God has placed in our everyday path? The gospel has no prejudices. It’s for everyone. “And hath made of one blood all nations of men for to dwell on all the face of the earth…” Acts 17:26.

Red, yellow, black, and white—they are all precious in His sight. Jesus loves everyone! In John 4, Jesus broke down every imaginable barrier so this woman could hear Him. John 3:16 says, “For God so loved the WORLD…that WHOSOEVER…”

Someone recently said, “Loud truth with no compassion is quite a repulsive sound.” In John 4, Jesus had a compassionate gospel conversation with this woman who was seeking. Many, including me, want to slam the gospel down people’s throats. Jesus gives us the perfect example of dealing with her sin and dealing with her by showing God’s grace. Pastor Michael Baldwin in Washington D.C. recently made this powerful observation: “How much more effective might we be if our primary goal was to win the soul, and not the debate.” Let’s be reminded of what the Bible says in Jude 22, “And of some have compassion, making a difference:”

During the last several weeks when you saw the rioters and crowds, can I ask what moved you? I’ll tell you what moved Jesus.

“But when he saw the multitudes, he was moved with compassion on them, because they fainted, and were scattered abroad, as sheep having no shepherd.Then saith he unto his disciples, The harvest truly is plenteous, but the labourers are few; Pray ye therefore the Lord of the harvest, that he will send forth labourers into his harvest.” (Matthew 9:36-38)

Where are the weepers? Where are those who are broken over the sins of the lost? Psalm 126:6 says, “He that goeth forth and weepeth, bearing precious seed, shall doubtless come again with rejoicing, bringing his sheaves with him.” I’d like to encourage those of you that pray, to put on your daily prayer list these words, “More Laborers.”

Young men, are you dodging God’s will for your life? I’m writing to some men and young men that surrendered to preach in Jr. Camp or Teen Camp, but you have drifted from God’s call. I’m speaking to some men that are following the American Dream and the American Dollar. I want to urge you to not go around Samaria…go through it. It’s time to leave the comfort zone of Dad and Mom and launch out to preach the Gospel in a needy city. If God calls you to Chicago or Boston, or D.C., or Philly, the safest place you can be is where God has called you.

I recently saw a picture that listed the name of every city that had a riot in it and it also noted that every city that had a riot had a liberal governor or mayor: Minneapolis, Los Angeles, New York, Philadelphia, Detroit, Chicago, and San Francisco. I could go on. However, I must say that blaming this behavior on the liberal officials is deceptive and outrageous. These large cities of America have only a handful of churches to their millions.

If we really want our cities and countries to be changed, they must be reached through the light of the Gospel. Our U.S. cities have been neglected. They are dark because a lack of Gospel influence. Is there a need for evangelization in rural areas? Absolutely 100%. But if we are angered by this situation in our country we must pray for more laborers, and some need to be willing to go.

In John 4, could Jesus have gone along with the normal? Sure. But He had a greater mission. Have you ever felt prompted of the Holy Spirit to pass out a tract or talk to someone? Maybe you passed on the opportunity to talk to them, and later you wished you hadn’t. I think we all have been there. Respond every day to each Gospel opportunity.

Souls are everywhere—if we would only look. Want to save America? Let’s get America saved!

It’s time…RIGHT NOW…to go THROUGH Samaria, not around it.

Brother Delp was raised in a Godly Christian home, and in 1999 received Christ as his personal Savior. He received a Graduate of Theology degree from Ambassador Baptist College from 2007-2011. Brother Delp came to Calvary Baptist Bible College in King in 2012 where he received a Bachelor of Theology degree. Brother Delp is married to his wonderful wife, Tiffany, who has come to Calvary Baptist Church since an early age through the bus ministry and is now serving as the Administrative Assistant at HELP Ministries. Brother Delp became the Minister of Music at Calvary Baptist in King, NC in June of 2012. Brother Delp also leads our outreach ministries, teaches the Twogether Adult Bible Class, and assists Pastor Broyhill in various areas as he is needed. Brother Thomas and Mrs. Tiffany have three children’, Elise, Karis, and Silas. View all posts by ThomasDelp 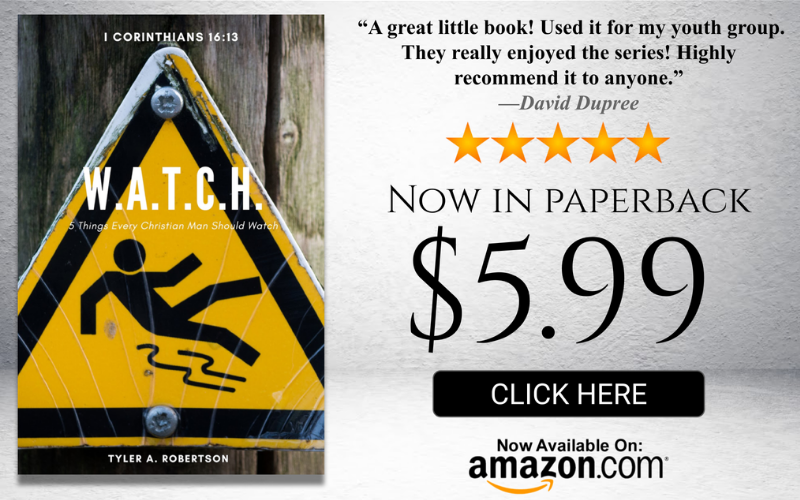 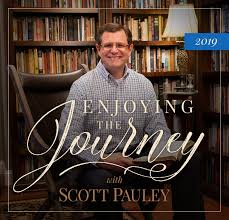